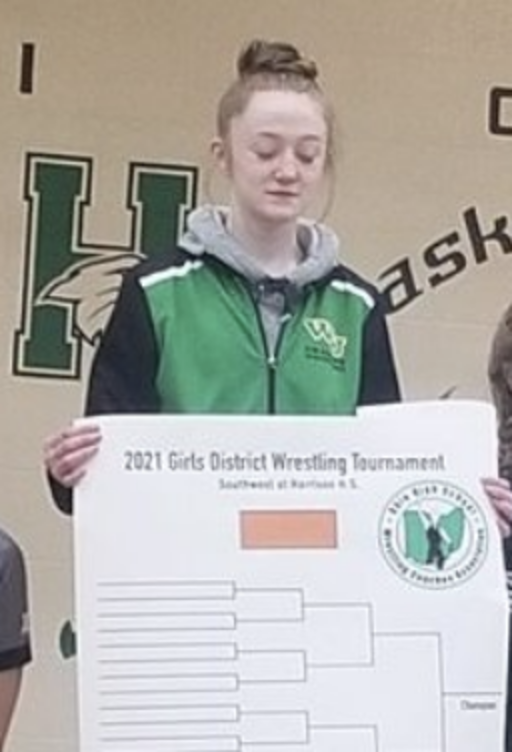 Hailey is a sophomore on the Mason Wrestling Team

Haley wrestles the 100lb weight class for Mason.  She is the hammer who sets the tempo and demeanor for the team in every duel and tournament for our Mason Women’s squad. Haley is currently ranked #5 in the State and has a record of 24-3 this season. Haley has picked up tournament titles at Reynoldsburg, Delaware Hayes, Watkins Memorial, West Union, and a runner-up finish at Western Brown. She is a returning State Qualifier who looks to make her way up the podium in the next two weeks.