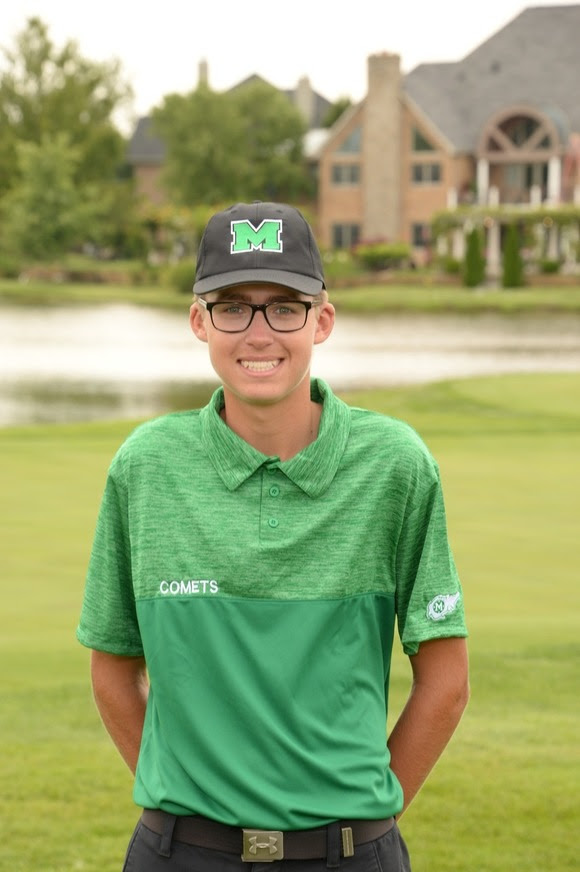 Tim is a junior on the Mason Boys Golf Team

Timmy set a new scoring record (68) at the Alter Invitational held at Miami Valley CC.  He broke the mark previously set by Austin Greaser.  Tim helped lead his team to a 2nd place finish scoring a very solid (296).  He followed up this performance with a (67) to claim medalist honors and player of the year at the GMC Championship leading his team to a GMC victory.